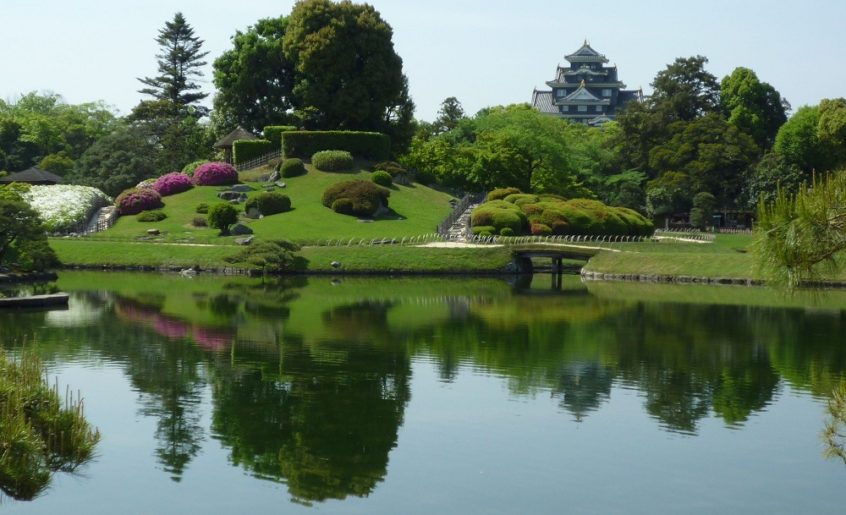 Visiting the Okayama region of Japan is a true off-the-beaten-track experience. Few foreign tourists stop there, while it is a prefecture easy to access, halfway between Osaka and Hiroshima and one hour by plane from Tokyo. A thousand miles from major modern cities, you can discover a traditional Japan, which perpetuates the ancestral arts such as ceramics for the tea ceremony or the manufacture of samurai swords … There are surely more than five places to visit in the Okayama region, but those are the ones I had the opportunity to discover.

The Okayama Korakuen Garden is not very well known by foreign tourists but is visited by Japanese tourists since it is considered one of the three most beautiful gardens in Japan. For my part, I discovered it in summer, but it is also a sublime place in autumn and spring with cherry blossoms. It was built 300 years ago by the feudal lord of the region. With a surface of 13 hectares, you have to take your time to visit it and stroll among the ponds, lawns, and tea houses. There is even a rice field, a tea plantation and a small theater where there are occasional performances.

To take a break during the visit, you have to go and drink a traditional Japanese green tea, matcha, in a tea house. Some people do not like the bitter taste of the drink, but I love it. In the height of summer, as it was 35 degrees, we could also drink it fresh with an ice cube, but I’m not sure that it respects the very serious protocol that normally frames this tradition.

2 / the black castle of Okayama

Right in front of the Korakuen Garden, Okayama Castle has the particularity of being black, which is infrequent for Japanese castles. The visit of the interior is especially interesting for the magnificent view that one has at the top of the castle, both of the garden and the city of Okayama. The golden gargoyles in the shape of fish that line the roofs of the castle are quite unusual.

3 / The traditional district of Bikan in Kurashiki

Located 10 minutes by train from Okayama, Kurashiki was my real favorite in the area. The main interest of the city is the traditional Bikan district. Located along a canal lined with weeping willows, it has a lot of charm and cachet. Historically, Kurashiki specialized in the rice trade and there are still plenty of rice fields in the surrounding countryside. The merchants used the canal to transport the goods. Today, the old warehouses where rice was stored have been transformed into museums, art galleries, and souvenir shops.

There is also a fairly well-known art museum in Japan at Kurashiki: the Ohara Art Museum. Japanese tourists come to see the collection of European art collected by the rich textile merchant Ohara Magosaburo, including Picasso, Monet, Matisse or Cezanne … But for a European tourist, the most interesting part of the museum it’s the one devoted to Japanese art. There is a whole section devoted to contemporary Japanese art and it is the one that I found the most remarkable.

Check This Out: 7 Curiosities You Do Not Know About New England

There is also a beautiful Shinto shrine to discover, provided you have the courage to climb the steps that lead to it: the Achi Shrine. 1700 years old, it is located at the top of Mount Tsurugata, from where we also have a beautiful view of Kurashiki. It’s really something that I love in Japan: for a moment, it feels as though it’s cut off from the world and the sounds of the street when you find yourself in a temple. 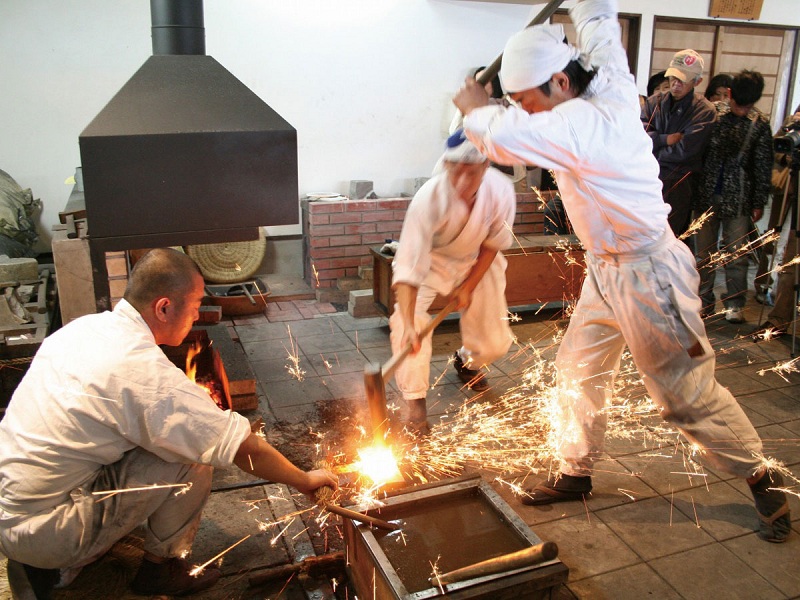 Osafune, part of Setouchi town, is also easily accessible by train from Okayama (about 30 minutes). Osafune was an important place of manufacture of Japanese swords during the feudal period. Today, the tradition is perpetuated thanks to the museum of the Japanese sword where one can see in particular an important exhibition of old traditional sabers of the samurai. We can also attend the work of blacksmith craftsmen. They must hammer with force and address pieces of steel heated in an oven at 1300 degrees. Better not to be too afraid of fire, because the sparks that spring up during their work are impressive. Brave visitors can also participate and pound the molten steel, but for my part, I have not been reckless enough for that…

5 / Ceramics from Bizen to Imbe

Imbe is a small, quiet and rustic town, 40 minutes by train from Okayama (to reach Osafune in Imbe however it is better to take a taxi because the two cities are not on the same train line). It is famous because it is here that artisans continue the tradition of making Bizen pottery, among the oldest and best known in Japan. 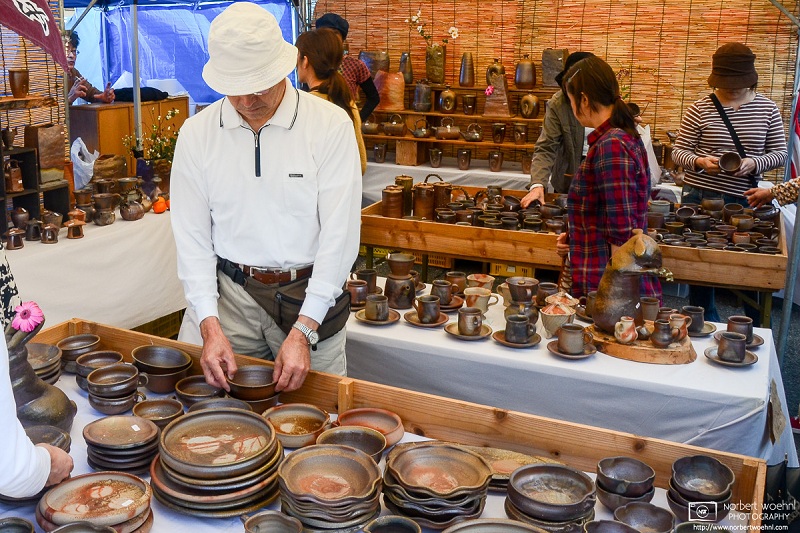 They are rather sober and natural and are a must for tea ceremonies. You can freely enter much potteries, his easily recognized because these houses have large chimneys. For the amateurs, there is also a Museum of Ceramic Art of Bizen where you can see exceptional pieces that have been recognized as “Living National Treasures” of Japan.