Ozanimod, a drug produced by Celgene for the treatment of relapsing multiple sclerosis, has been successful in two phase three clinical trials: RADIANCE™ and SUNBEAM™. 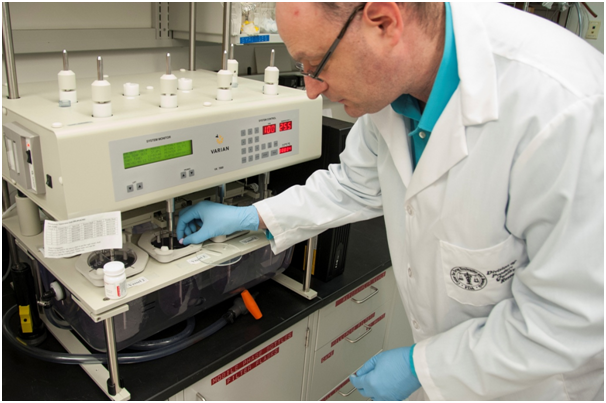 Ozanimod, which was developed by researchers at The Scripps Research Institute, is believed to work by trapping T cells in the lymph nodes so that they are unable to enter the spinal cord and brain. This prevents them being able to attack and damage myelin.

The phase three trial tested two different doses – 1mg and 0.5mg – of ozanimod to establish whether it was successful in reducing the relapses experienced by subjects with relapsing multiple sclerosis when compared with beta interferon. 1,200 people took part in this trial, the initial results of which were announced in May this year. Those taking either dose of the new drug experienced a lower rate of relapse than people taking beta interferon on a weekly basis. Ozanimod was also shown to slow the loss of brain volume and reduce the number of MRI lesions in the subjects. The results have not yet been published.

This phase three trial is also designed to test whether ozanimod reduces relapses. 1,200 people taking 0.5mg or 1mg of the ozanimod or beta interferon are involved, with initial results from this trial also showing a significant reduction in relapse rates with ozanimod compared with beta interferon. The number of new lesions was reduced by 48 per cent in those taking the higher dose and by 25 per cent in those taking the lower dose.

Bridging studies carried out by companies such as http://www.richmondpharmacology.com/specialist-services/bridging-studies can be used to avoid the necessity for large-scale trials to be duplicated, as they enable efficacy results to be extrapolated.

According to the MS Society, Celgene also plans to run an extension study following the two phase three trials. All the participants will be able to continue to take ozanimod for up to five years following the conclusion of the trials. The extension study, which is scheduled to finish in 2020, has the aim of evaluating any adverse effects that occur in the long term.

Celgene is also studying the effects of ozanimod on inflammatory bowel disease, such as ulcerative colitis and Crohn’s disease. The company has further plans to test the drug in other autoimmune dermatological and rheumatological conditions.