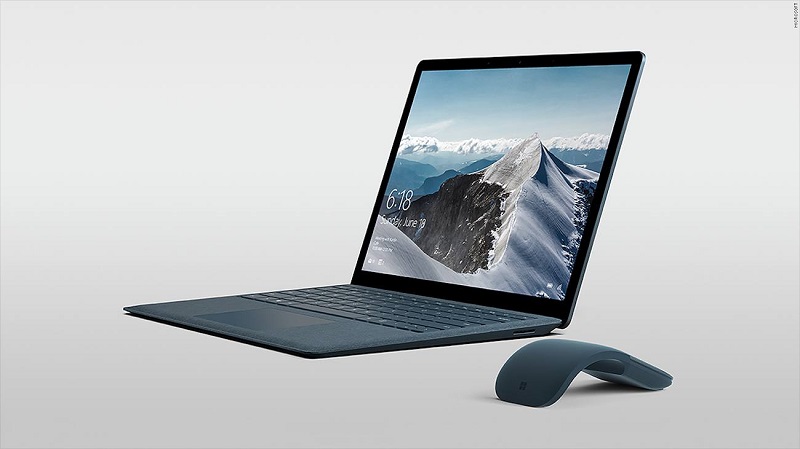 Representing the first notebook from the company Surface Laptop, vice president of Microsoft’s Panos Panay said: «Surface Laptop is lighter and thinner than any MacBook Air or MacBook Pro, available now on the market, and it is stronger and lasts longer in offline mode than any MacBook, which is in the market. We want you to be proud of your laptop while you are removing it from the bag. ” All of this suggests that subconsciously in Microsoft’s Apple-competitor notebooks – MacBook. And it is most likely the case. During the presentation, all the time went by comparison with the MacBook, and not with Google Pixel, as you would expect.

In this article, I also want to conventional examples to prove why in 2017 it’s worth it to buy Surface Laptop, instead of the MacBook. If of course you are an ardent fan of Apple and will buy her any product.

Even the most dedicated Apple fans and they were unhappy that the MacBook Pro 2016 is equipped with not the newest generation of Intel processor 6. I am sure many ™ you asking: why? Really could not wait for the new version of the processor? 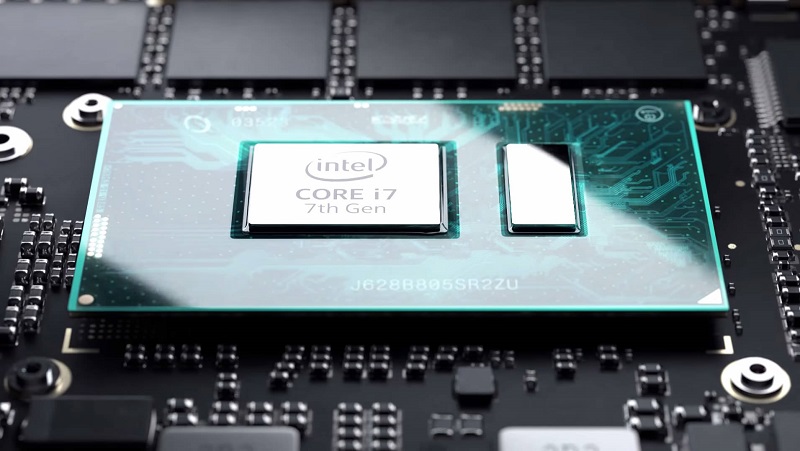 Microsoft is, on the contrary, has equipped its new laptop Surface Laptop processors i5 and i7 of the seventh-generation Kaby Lake. These processors are more powerful and productive than the previous generation. Surface Laptop means to be a more powerful and productive. Someone might say that everything depends on the operating system and how to fit all laptop configuration. But Windows 10 does not yield in 2017, even more so, in some features and functionality superior to Mac OS. This is a distinct advantage of the new laptop from Microsoft over the entire line of Apple devices.

The main criterion when choosing a laptop for the average user is still the price. Nowadays, few people look at the brand. That’s how people that he wants to buy the right thing for a reasonable price.

When the company introduced its new Microsoft Surface Laptop and announced its price, I immediately blurted out: “Expensive, Microsoft !!!!». Honestly, I had expected that the price of the company’s new device will be a bit less. For a new laptop from the Microsoft Corporation in the basic configuration (Intel Core i5 Kaby Lake, 4 GB RAM, 128 GB SSD and a 13.5-inch display with a resolution of 2256×1504 pixels) will have to pay $ 999. I understand that this is the price tag for the US and they will come to us a little bit more expensive. If you want twice as much RAM, and one of the fashionable body colors, you will have already put $ 1299. 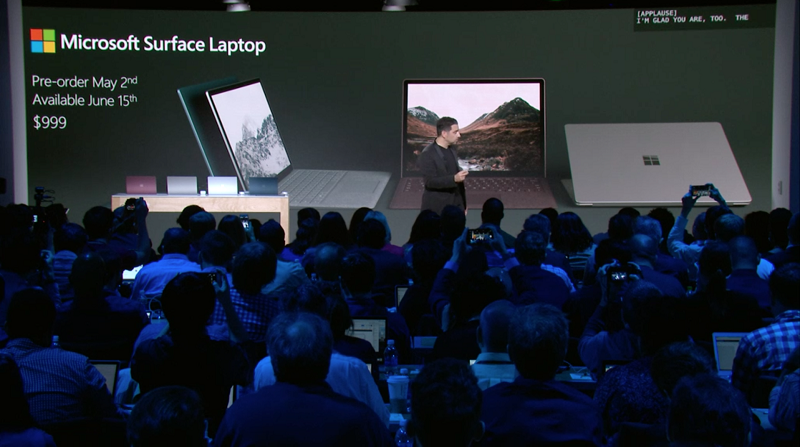 Then he decided to take a look at the situation. It turns out that the price is not so high and. I understand that many will begin to resent that it just 4GB of RAM and a supposedly “stripped down to opportunities» Windows 10 S. On the RAM can still disagree, but the fact that Windows 10 S had the lower price tag, strongly disagree. It is not so already and “stripped-down”, and until 2018 can be a free upgrade to Windows 10 or Pro then just pay for the transfer of $ 50. I am sure that those who buy the device for a thousand dollars is unlikely to be able to find that kind of money to go to the Pro-version.

Check This Out: What Is Computer Maintenance?

The most interesting thing on. And what a MacBook you can buy for the money? Maximum MacBook Air equipped with a 13-inch display and an old “iron”. Now some comments will be sent links to the supposedly “lower price” with the phrase “See Prices”. Just do not forget to mention the way in which the MacBook hit in Ukraine and whether it is new at all.

Surface Laptop new laptop got a comfortable keyboard with laser engraving, and the region Klik pada finished with a pleasant soft cloth in Alcantara with structure and tactile properties of artificial suede used in class “luxury” products. The key travel is fairly large 1.5 mm, which is incomparable to 0.5 mm in the new laptops from Apple. Someone might say that this is the imperceptible difference. But, if you are a long time working on a laptop, you want to feel comfortable, and often plays a key travel, in this case, a huge role. 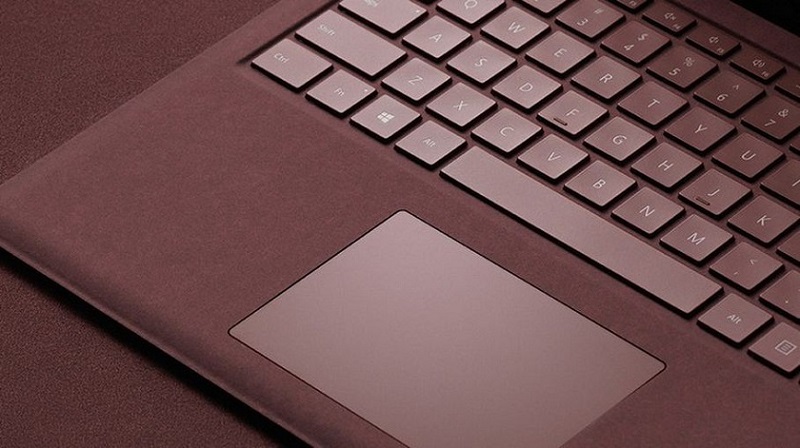 A lot of controversies has caused the keyboard coating material –  Alcantara. This was done ostensibly to low ambient temperature cold case does not cause inconvenience to your wrists. “Spanish wool” durable, wear-resistant and elastic synthetic suede which has actually had a soft velvet structure.

Microfiber, which serves as its base, is made of a mixture of polyurethane and polyester, whereby the synthetic material has high strength and resistance to stains compared with the conventional suede. The same coverage and on my Surface Pro 4 and will tell you that the keyboard looks just like in the early days. The network is already possible to see photos of the keyboard in a month is covered with dirty grease stains. I personally do not know the author of these photos but would advise him to at least wipe your hands with a napkin after a fatty meal. I am sure that many of you take care of your laptop keyboard, not admitting that he was filled with coffee, smeared greasy sausage or hamburger littered with crumbs. Yes, the new coating Surface Laptop requires care as the road bag from Louis Vuitton, but it’s worth it. The owner of the new Surface Laptop will look stylish and fashionable to stand out from the crowd.

The modern user wants his laptop can quickly unlock, even without touching the device. Microsoft has added to Windows 10 amazing in my opinion – Windows Hello, which helps to unlock the device by means of face recognition. I am using Windows Hello from the first day of its appearance, and I can say that has long forgotten about all sorts of passwords and PIN codes at login. Believe me, it is very convenient and helps in the work.

In the new update Creators Update for Windows 10, there is another terrific feature-dynamic blocking. 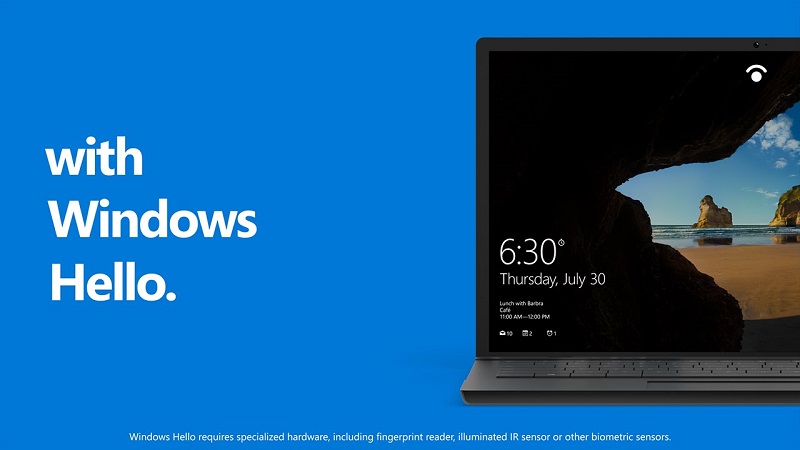 The gist of it is that by connecting via Bluetooth your smartphone, tablet or clock, you control lock your laptop. It should move at a certain distance, as the device will automatically lock works and none of your household or work colleagues will not be able to look, what you were doing before. Privacy and security above all.

Such functionality has many devices on Windows 10. But for some reason, still at Apple did not think anything like inventing or at least copy. However, there is, it is possible to unlock the MacBook using Apple Watch. I admit, did not know it. But why then does not move in this plan work?

5. The presence of ports

We all remember how much criticism showered on the company after Apple MacBook Pro presentation due to lack most of the ports on the new laptop. After all, the developers of the Cupertino decided that users only need a USB Type-C. If you want more, then buy adapters. Jokes about the set of conductors and funny photo, I’m sure each of you has seen a lot. Say thank you, that though the mini-jack was left alone, and then the iPhone 7 and get rid of it. 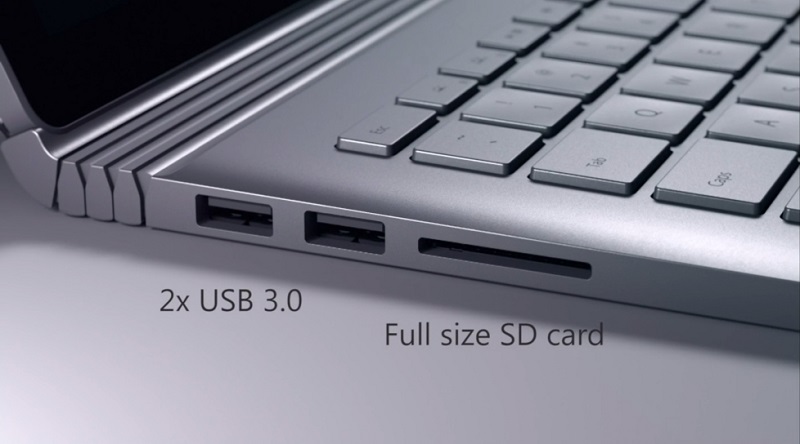 Conversely, Microsoft decided not to use Surface Laptop USB Type-C, and leave the good old Type-A and Mini DisplayPort. Maybe they’re right. I do not see yet the mass use USB Type-C, I do not see a lot of flash drives with the connector. Of course, the main advantage may be a new high-speed connector and support for fast charging, but take my word, the average user with its old memory stick somehow anyway. Another proof that it cannot affect the design of the device, as we are assured at Apple. Surface Laptop looks stunningly stylish, thin and fantastic in terms of design.

Touch screen devices on Windows 10 Now nobody will be surprised. Apple fans will say at once that what he is to them what the benefits of it. But try any laptop running Windows 10 with the touch screen. 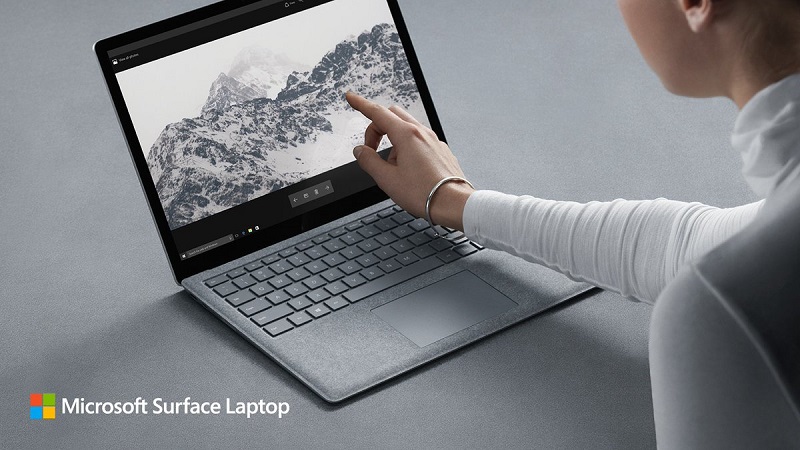 This is very convenient. You stand up for freedom from computer mice, telling how convenient the touchpad from the MacBook, but personally I am very comfortable with the touchscreen instead of a mouse. I am one of those people who like the Surface Pen-pen to operate the touch screen. It perfectly replaces me in many cases, a computer mouse helps to take notes in Windows Ink, I edit in Microsoft Edge pen read articles or books, highlighting the area I needed. MacBook deprived of all this. The touchpad below the keyboard, uncomfortable stillborn attribute to the new MacBook Pro. Some tell me that this is an attempt to turn a consequence of the entire keyboard to the touch. But this is inconvenient and proved to Lenovo Yoga Book, or we have not grown before.

The company Microsoft is well aware of these trends and new trends of IT-industry. She not only released the Microsoft HoloLens and new motion controller for helmets Windows Mixed Reality virtual reality but also of the same name released a special app for the head-mounted display. With it, users will be able to interact with any helmets and glasses of virtual reality. The company’s plans and does support virtual reality without glasses. Naturally, a new laptop Surface Laptop will support with helmets mixed reality.

MacBook users can only envy and hope that once Apple realizes that it is a mixed reality of the future. So far, they have only to see the pink dreams of supported virtual reality devices on Mac OS and iOS. And this is a significant plus when choosing a modern laptop. And here again to display Surface Laptop.

You May See Also: Improve The Speed Of Your Computers

It would be worth another mention of the autonomy of the new laptop from Microsoft, which is on the assertions of the developers is 14.5 hours, but I want to wait for the test results. You never know what’s in the company’s claim. Although throughout the presentation clearly shows that it is better than any MacBook.

Microsoft first laptop I was very pleased. Fantastic design of the case, the original keyboard cover, most modern “iron”, support for the most advanced technologies and capabilities. I would not call him a “murderer» MacBook. It’s a coined by journalists and to try on any laptop, appearing on the market, I do not like it. In Microsoft and Apple laptops on their view of the market development, quite different. And it is very pleasing. After all, for us, the users, there is a choice, a product whose ecosystem choose whom to prefer. This healthy competition, which will benefit only the consumer.